Carrying the past into the future 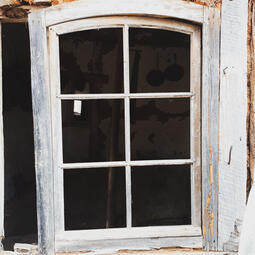 A window into another time..

Rechner Cottage, in the beautiful Barossa Valley, gives us a glimpse back in time. Looking at it now, you might be surprised (as would its early inhabitants) to know that it is listed on the South Australian Heritage register as a site of architectural and cultural significance. In a quiet country churchyard, set peacefully amidst grape vines and gum trees, this simple cottage has stood for over 150 years. It has been a house and barn, a place of meeting and worship and then, as time went on, a storage shed and place where children played. Now we are working to save it, and the story it has to tell.

We want to preserve it because...

Built in the mid 1800's, Rechner Cottage is one of only two known German barn houses in South Australia, where living, stable and storage areas are all under the one roof.

It is also a rare Australian example of the German style of building called "fachwerk". This manner of construction began with a solid timber frame. The frame was infilled with tree branches, and a mixture of straw and clay (mud) was packed (pugged) between these wooden slats. When dry, a paint mixture of lime and water was painted over to create a seal.

Other rare features of the cottage are its redgum timber slab floor and its drainage system. It also has a steeply pitched roof, typical of German style buildings, which allows for a loft underneath.

Rechner Cottage is listed on the South Australian Heritage Register for its architectural and cultural significance.

It is a simple and unpretentious building, yet it reflects the story of the Barossa and the German pioneers who settled there. Building homes, farms, lives and communities in a new place is a challenge. It takes hard work, resourcefulness, and an enterprising spirit. Knowledge and skills have to be adapted to new conditions. For those early settlers, family, faith and worship were central to their lives. In its quiet way, the cottage and its history speak of all these things. 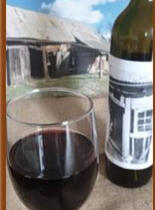 Who was GJ Rechner?

GJ Rechner was a German immigrant who played an important part in the history of the Lutheran Church and the Barossa Valley. Arriving in 1848, he tried a short stint at farming, and then in 1850 he began work as teacher and cantor in the Lutheran school at Light Pass. Recognizing his love for the Lord and heart for people, his enthusiasm, boundless energy and many skills, in 1860 the newly-formed Strait Gate Lutheran Church. Light Pass, called him as their pastor. He served in this role until his death in 1900. For 26 of those years he was also president of the Immanuel Synod. He had a heart for the Indigenous people and was instrumental in establishing missions and seeking to preserve Aboriginal language and culture. He and his wife, Bertha, had seven children. 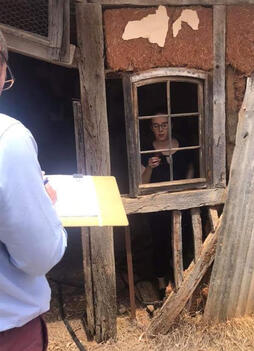 The Rechner family, and Strait Gate Lutheran Church, Light Pass, are working to preserve this piece of history. Its important to act quickly, as already much of the cottage has deteriorated.

The first priority is to stabilize the building and prevent further deterioration. Over the past year we have raised the funds to do so, and with the help of an SA Heritage Grant, Barossa Council Heritage Grant, and the Peter Lehmann Arts and Education Trust, we have been able to begin this work, overseen by renowned heritage architect, Sam Hosking from Hosking Willis.We hope to see this stage completed during 2020. Follow us on Facebook or Instagram to see the work as it is completed. It's exciting to see progress!

Once this stage is completed we want to develop the site in such a way that it keeps a sense of its ongoing story, whilst still preserving and highlighting its important features. The next step will be restoring the roofing and beams, and later the walls. We are considering a display with information and photographs so that visitors to the site will be able to learn of the cottage's history and its architectural features.

If you'd like to donate to help us preserve this piece of history, you can press the button below and support us through the People's Choice Community Lottery. Or email us at [email protected] and we'll give you our bank account details. You can also follow us on Facebook to find out about fundraising events.